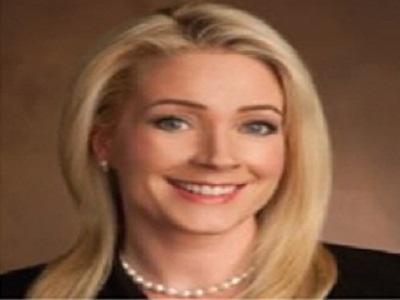 Every week, we ask a real estate professional for their Short List, a collection of tips and recommendations on an essential topic in real estate. This week, we talked with Diana Peterson, the president of AuctionWorks, about the benefits for engaging in an auction house.

Many owners of luxury residential properties in the Chicago area have discovered a new platform for selling their home: the auction.

This fast-paced sales method delivers several perks and advantages that are difficult to achieve through a traditional sale, according to Diana Peterson, president of Chicago-based AuctionWorks. Launched in early 2014, Peterson’s firm has gained a strong foothold in the luxury residential market, closing on multiple properties within the last year.

The top three reasons sellers choose an auction campaign, according to Peterson, are:

3. Heightened Promotion and Marketing Techniques – Since auctions are all about immediacy, auction promoters make a dedicated effort through marketing and targeted public relations campaigns to spread the news about an upcoming auction. Just recently, AuctionWorks picked up a listing for a 6,800-square-foot residential home in Burr Ridge. The auction is set for March, but within a week of obtaining the listing, the home was featured as the “Luxury Home of the Week” on Crain’s Chicago Business. The firm has also had luxury residential homes featured in Splash Home, the Chicago Tribune and HGTV FrontDoor.com. Getting the word out quickly and effectively builds buzz for a seller’s listing.

2. Revitalize a Listing – Because auctions are great at creating urgency, sellers like to use them to revitalize stagnant listings. Recently, AuctionWorks sold two homes that had not been able to sell via traditional methods. In Riverwoods, AuctionWorks was hired to sell a five-bedroom home that had been on the market six months without attracting any interest. The firm was able to sell the home in less than three months via auction, with a suggested opening bid of $900,000.In Willowbrook, AuctionWorks was able to procure a buyer for a seven-bedroom, new-construction mansion that had sat on the market for seven years. Because of the urgency created by the auction process, these homes found buyers quickly.

1. Drive Up Price For Top-Tier Homes – In the luxury market, auctions can be a good way to drive up price on a listing. If the home is in an attractive and sought-after neighborhood, the buzz generated by auctions can create a multiple bid scenario. In 2014, AuctionWorks successfully auctioned a five-bedroom home in Chicago’s popular Lincoln Park neighborhood for $1.45 million – $100,000 more than the unpublished reserve price due to a pre-auction bidding war.

Diana Peterson is the president of AuctionWorks; she has more than 19 years of experience in law, real estate brokerage and auctions. Prior to founding AuctionWorks, Diana was executive vice president of Auctions by ATG. She serves on several non-profit boards, including The Auxiliary Board of the Art Institute of Chicago, PAWS Chicago, The Poetry Center of Chicago and The Young Leaders Fund of the Chicago Community Trust.